I’m going to assume that readers know something of the long history of climbing at the Howard Smith Wharves within the Brisbane CBD, and also something of the on-off nature of the plans for development of the site. Wikipedia has a good summary of this often fraught process. In an attempt to establish recreational climbing on this, the second, of the only two climbing crags within the CBD, ACAQ has spent countless hours of volunteers’ time only to have high hopes dashed as the behemoth of State and Council shifts from one foot to the other in an apparent fit of indigestion.

It was sheer good luck that it came to our notice that a new development proposal was entering the public consultation phase. I feel that the call for comments was very poorly circulated given the public interest that proposals for the development of this site have engendered in the past.

We have chosen to engage the climbing community via our Facebook Group, and as we dig into the nature of the proposed development, I have been posting up short informative pieces that explain the legislative framework which underpins the access issue confronting us. This issue is one example of a general class of issue that has been perplexing me for some time, and I thought it might be useful to have the FB posts up on this blog for future reference. 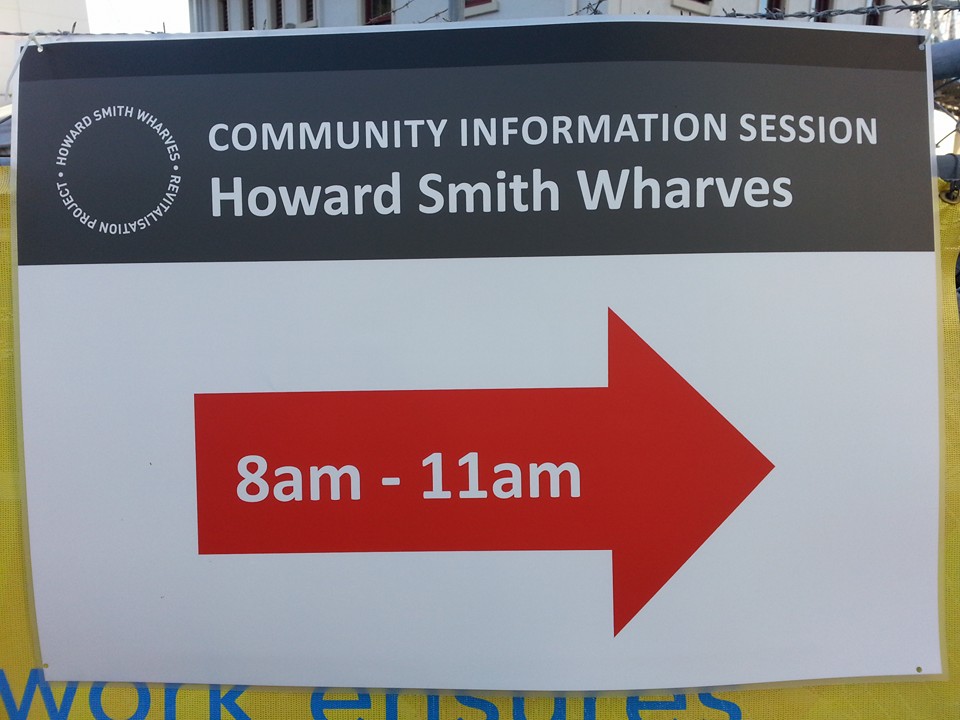 Thanks to all the folks that made it down to HSW today to say their piece at the public consultation. The consultation will show that a random sample of the public is composed 90% of climbers…. awesome. Thank you.

The quick story is that, if no serious objections are raised during the current public consultation phase, the HSW Consortium will take a 99 year lease(s) on the entire HSW precinct effectively transferring it from public to private hands.

There are many twists to this story, with probably many more to come. I’ll be posting stuff up as I get to grips with what is happening here. For now, I’ll repost my summary of what I found out at today’s meeting from the event page……

Yep… I found it a pretty interesting session. I’ve now got a rough idea of what is happening here, and how it is likely to impact climbing access to the cliffs.

Whilst I applaud the vision and vibrancy of the development plan proposed by the HSW Consortium, being a grumpy old guy, I tend to look beyond the first flush of enthusiasm for those unintended consequences that can emerge unbidden some years down the track.

Bearing the foregoing in mind, I found it somewhat disturbing that neither the principal, nor his project manager, were able to offer any clues as to the legal mechanism that was going to guarantee the park land established under the project would remain open for free and fair access at a point say 40 years into the proposed 99 year lease. Now, it maybe that Council is tying their hands to ensure that public access remains, and these guys just haven’t figured it out yet …. a sort of naivety not normally found amongst property developers and their financiers. Or maybe, it’s that the type of public access that is to the forefront of their minds is the same sort of public access offered by a shopping mall… open during trading hours only?

If the cliffs we wish to climb are inside an estate that is to all intents and purposes privately owned, then how does this differ from the access issues we face climbing on the private estate. I wonder if the penny has dropped yet, that the public liability for cliff-based activities ultimately falls on the holding body, HSW Nominees Pty Ltd? When it does, what’s the bets the shutters come down?

I’m digging into the matter, and will post up details of the who is who in the business, what was said in the Council chamber when the matter was debated, and any details of the leases(s) that I can uncover. Boring stuff, but remember, we work under a system of laws, not people. Laws persist across generations, whilst people, especially those that shine brightly, disappear in an alarmingly short number of years. Fifty years ago, I climbed at KP and HSW. In fifty years time I’d like to ensure our kids and grandkids are still climbing at these unique crags. An attempt to effectively sell one of them out of public ownership deserves our close attention and scrutiny.